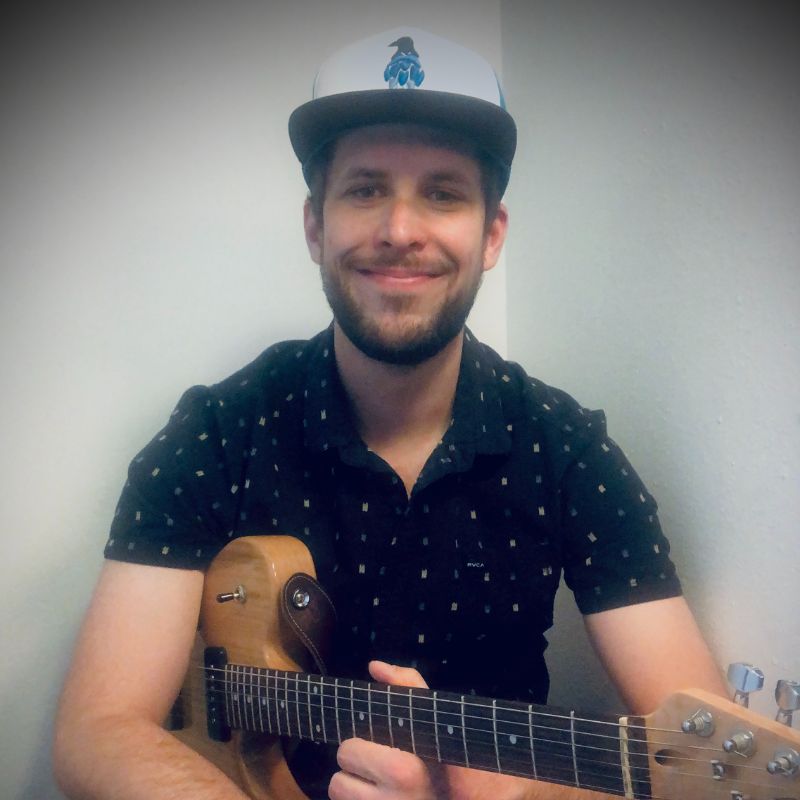 Having parents who both play guitar, Nick took an interest in music at an early age. After getting his first Fender Stratocaster at age 12, he began a lifelong journey pursuing the craft. Before long, Nick was performing in different bands that covered an array of genres, and continues to do so in the frontrage area with such groups as Earthlike Twins, Moves at Midnight, and more. In addition to guitar, Nick has expanded his background to include ukulele, bass guitar, drums, and music production.

As a teacher, Nick wants to guide people to reach their musical goals while having more fun than they ever thought possible! Whether you’re looking to master a technique or just want to learn the chords to your favorite song, sharing a knowledge of music with anyone – regardless of age or skill level – is Nick’s passion.

Some of Nick’s favorite bands and artists include: Favorite bands: The Beatles, Snarky Puppy, Led Zeppelin, Medeski Martin and Wood and Pink Floyd. When not playing music, Nick likes to be outdoors, specifically, snowboarding, backpacking, and fishing. His favorite movie is The Blues Brothers. 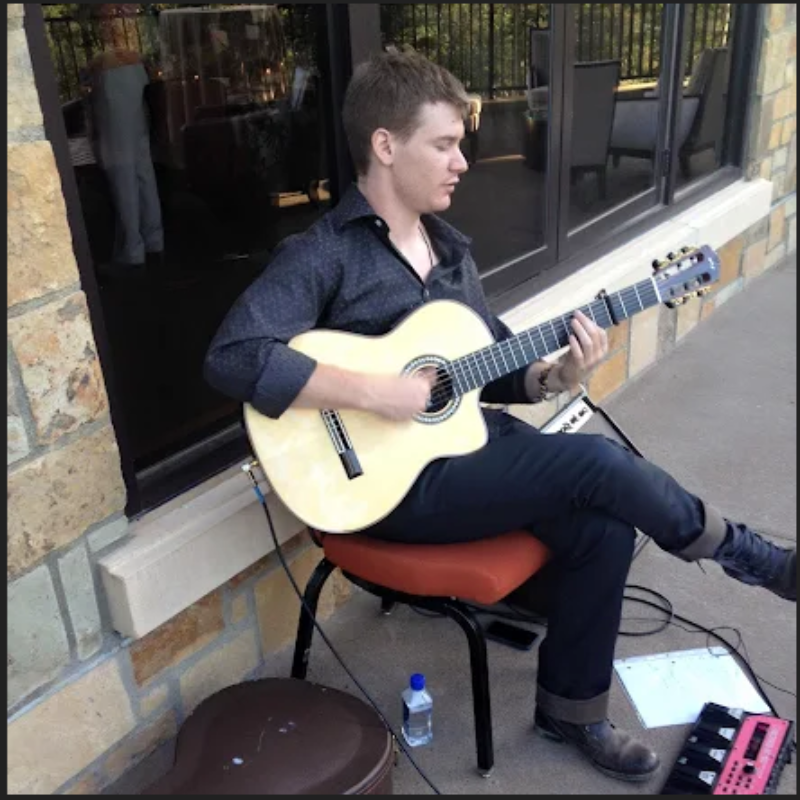 Robby began playing piano at the age of 4 and guitar at the age of 6. Robby always had a passion for sharing his music with others and was performing at talent shows at school and summer camps by the time he was 8. Robby began playing in bands shortly after that, and performed with a band for the first time when he was 13, at the historic Blueberry Hill in St. Louis, Mo.

At the age of 14, Robby began teaching guitar professionally at Dave Simon’s Rock School, where he taught guitar and bass, and helped coach bands. Robby played in a handful of bands throughout highschool, winning his highschools battle of the bands 2 years in a row.
After high school Robby studied at University of Denver Lamont School of Music where he graduated with a bachelors of Music in 2012. Robby maintained a roster of private students through his time at university, and began teaching at Broadway Music School after graduating. Robby also started his own band, Robby Schechter and the Motion Detectors, and recorded and released a full length album in 2012 as well. Since then, Robby has stayed busy playing in a host of different bands such as The Tent Show Kings, Moment’s Notice, Club X, as well as doing solo gigs. 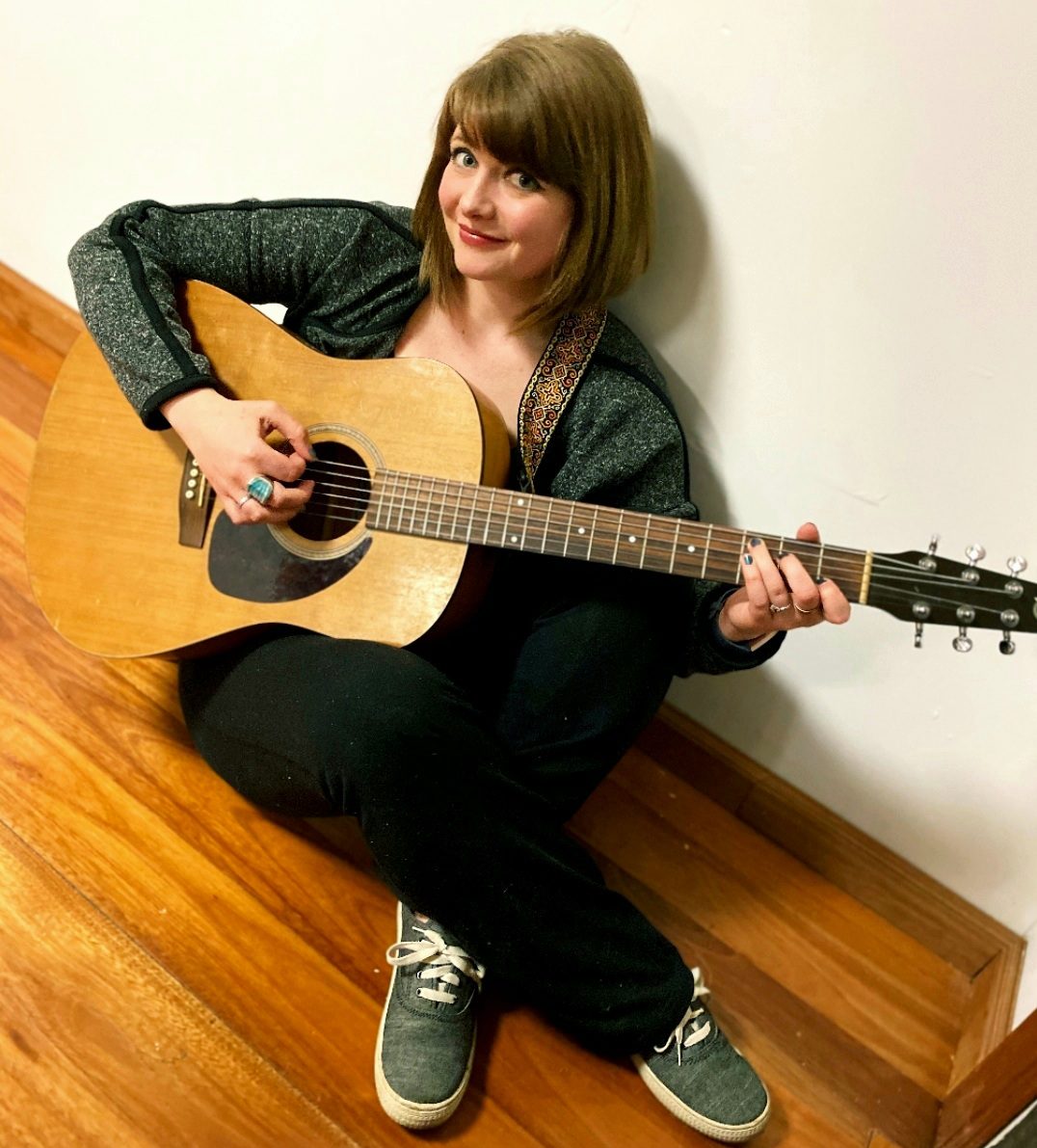 Sara Schmidt is a multi-instrumentalist and teacher who has a knack for making music learning fun and effective. She is classically trained as a harpist and received a degree in music performance and music therapy from CSU in 2016. From the ages of 19-22, she was the principal harpist for the boulder philharmonic.

In addition to her harp studies, Sara has been playing guitar, ukulele, piano, and singing from a young age. She is a board certified music therapist with over 10 years of experience working with families all over colorado. Sara not only teaches multiple instruments, but she also runs our amazing Kidzrock program, which teaches kids ages 4-7 to play guitar, drums, piano, and sing, in a small group setting. Finally, she directs our week-long rock band camps in the summer.

In her spare time Sara loves playing classical music on her harp, rock ballads on the piano, love songs on her ukulele, bluegrass or punk rock music on her guitars, and singing old jazz standards. Sara grew up in the Colorado high country, and loves being outdoors.Sara can often be found hiking in the Colorado Rockies with her two dogs, Henry and Hiromi. 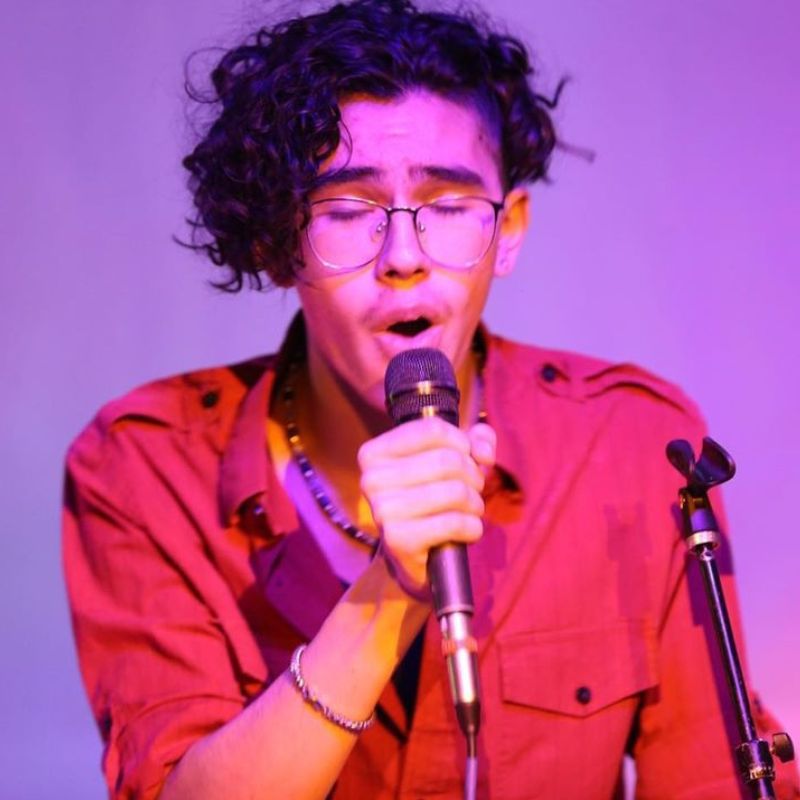 Trentin is what you call a “natural.” He plays guitar, bass, drums, piano, sings, and raps, WELL. He is also a Musical Life Denver Alumni – studying here and participating in our bands and concerts since the age of 14.  In addition to his participation in MLD’s programs, he has been “Student Coaching” along-side Robby, our school director, for over 2 years and is one of the most knowledge MLD method practitioners there are.

Trentin graduated from Warren Tech where he studied music production, technology, and recording. Besides working at MLD, he is often found as a stage tech at Levitt Pavilion or other big productions around town. In his free time he is playing one of his many instruments in one of his many band projects, or producing rap and hip-hop, a genre in which he released 3 full length EP’s before the age of 18.

Highly personable, mature past his years, and super talented, Trentin represents the new generation of home-grown musical life talent and is a wonderful teacher, coach, and mentor for any student!