Help your child fall in love with Music

Have your child try a FREE CLASS. Sign up Below. 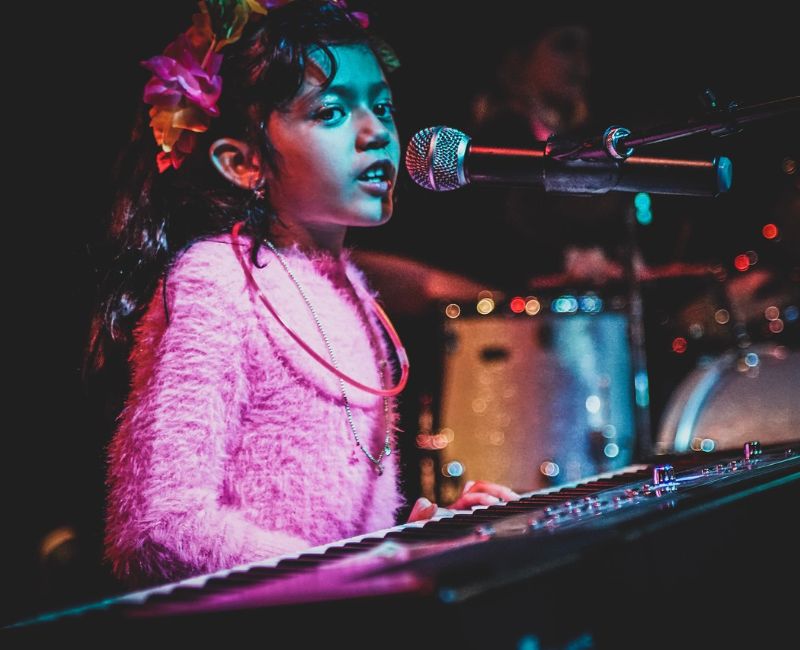 Kidzrock is the nationally acclaimed program that teaches kids ages 4 to 7 how to play in a real rock band.

Students learn specially composed songs and rotate between instruments, getting guitar, drums,  piano and singing instruction, with the goal of performing real concerts for parents and family!

No experience or at home practice is required for this kids music class at our Englewood/South Denver location.! We provide everything to participate in the class.

Kidzrock is a rock band camp for kids. Not just after school music lessons, this is a rock band music program that teaches children as young as 4 to play an instrument in the setting of a real rock band! Youth band members rotate playing drums, electric guitar, and keyboard as they prepare to play a rock concert. Each band sings and performs songs specially composed for the program. The songs use simple music patterns, allowing this age group to immediately enjoy the feeling of musical performance! Kidzrock brings kids music lessons to a younger age group than ever before. This program is THE choice for kids music lessons.

WHAT WILL MY CHILD LEARN?

The program creates a unique experience by combining instruments, theory, singing, ensemble performance and rock ‘n’ roll fantasy all rolled into one. Skills learned include:

HOW DO KIDS READ THE MUSIC?

Children learn how to read color-coded standard music notation from the Kidzrock Songbook.

CAN MY KID ALSO DO PRIVATE LESSONS

Yes! Although not included with Kidzrock, we encourage kids to also take private lessons in tandem with the program.

HOW MUCH IS IT?

WHO STARTED KIDZROCK AND HOW IS IT DIFFERENT FROM OTHER PROGRAMS?

Dave Simon, owner of Dave Simon’s Rock School in St. Louis, developed Kidzrock in 2010. He originally founded Rock School in 2003. The school catered to pre-teen and teenagers. Dave wanted to broaden his school’s appeal by offering programming for a younger age group. Private lessons proved to be a challenge for children younger than 7 due to the mechanical challenges for smaller hands. Dave observed from his own young children that they had a basic sense of rhythm and melody. He devoted a year to experimenting with instruments and song structures that would utilize young children’s musical strengths making playing in a rock band a reality. Word about the program spread quickly and it became an immediate success in St. Louis. Kidz rock is now offered in arts centers, music schools, elementary schools and summer camps around the country. Kidzrock is the only program in the US that makes the rock band experience accessible to children as young as 4. Kidzrock is licensed to over 14 music schools in Missouri, Illinois, Ohio, North Carolina, Texas, Michigan, Alabama, Louisiana, Massachusetts, California and Colorado. This new approach to music education is proof that you are never too young to rock ‘n’ roll.